ALL NEW C4 ULTIMATE The Most Explosive Energy Drink

Is Dynasty the Most Powerful Pre-Workout RTD of all time?

C4® Dynasty - A Legacy of Domination

Pre-workouts have been a staple for athletes that need an energy boost since the 1980s. Throughout this era, a common joke about pre-workouts was that if they tasted good, they probably didn’t work, which limited their use to a small subset of hardcore athletes.

This was until C4® Original revolutionized pre-workouts in the early 2000s by combining an explosive energy formula with delicious flavors. This led to C4® becoming America’s #1 selling pre-workout*. In 2019, C4® embarked on Project Clear Evolution: a mission to create clean, clear, and evolved products. The culmination of this was C4® Dynasty, a small-batch limited run pre-workout with 10 patented and scientifically-studied ingredients. Dynasty cemented C4®'s legacy as king of the pre-workout category.† Powdered pre-workouts are one thing, making a ready to drink (RTD) pre-workout is a whole other challenge. RTDs are pre-mixed drinks that athletes love because they’re convenient but many of the functional ingredients found in pre-workouts are difficult to use in liquid formats. Some functional ingredients have poor solubility in water causing them to settle at the bottom of the bottle, while others have poor stability causing them to degrade which can impact their effectiveness and the overall taste of the product.

When we decided to make C4® Dynasty RTD, we wanted to stay true to our tradition by refusing to compromise on taste or performance., We incorporate these functional ingredients into a delicious-tasting beverage while staying true to our standards of zero calories, zero sugar, and zero artificial flavors. That’s right…zero compromise on performance or taste.

The result is C4® Dynasty RTD, a fully loaded on the go pre-workout with 16 grams of functional ingredients. Dynasty represents the pinnacle of pre-workouts. † At a dose of 6.4 g per bottle, the CarnoSyn® Beta-Alanine in our Dynasty RTD helps support muscular endurance and fight muscle fatigue. Beta alanine is a non-essential amino acid, with the capacity to increase carnosine synthesis, leading to improved lactic acid buffering. When exercise gets intense, lactic acid accumulates in muscles lowering their pH and contributing to their fatigue. Research on beta-alanine supplementation has shown that it may be beneficial for enhancing training volume in team-sport athletes. [1]

ElevATP® is a blend of ancient peat and apple extract found in Dynasty RTD, which was the focus of a clinical study, that looked at the impact it may have on overall ATP production and the effects the ingredients might have on athletic performance. ATP is the energy currency that fuels muscle contraction, and it is supposed that ElevATP® helps increase ATP production. Though future research should seek to evaluate the acute effects of ElevATP® as well as its impact in an endurance exercise setting, the study showed that supplementing with ancient peat and apple extract while participating in periodized resistance training may enhance certain resistance related performance. [4]

AlphaSize® Alpha-GPC is a patented form of the ingredient choline. Alpha GPC supplementation can increase acetycholine levels; acetylcholine is a neurotransmitter involved in forging the mind-muscle connection during each rep.[5]

These ingredients paired with Caffeine Anhydrous, N-Acetyl-L-Tyrosine, Taurine, Huperzine-A, and Rauwolfia Vomitoria make Dynasty RTD a force to be reckoned with.† 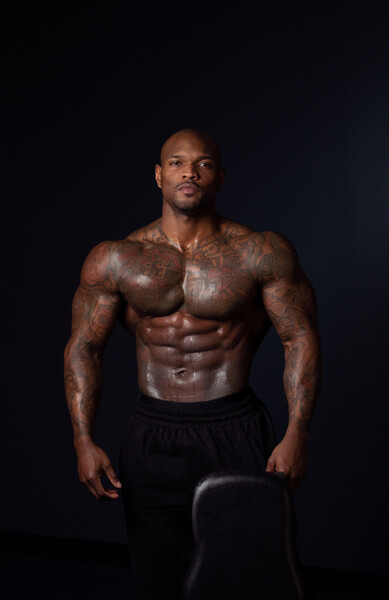 Dynasty RTD - Nothing Else Comes Close

Dynasty RTD is the culmination of a decade of R&D experience and precision craftsmanship. The proof is in this potent formula supporting explosive energy, muscular endurance, and epic pumps. It’s almost everything you could think of in a single pre-workout. And it’s something that only C4® could’ve done. As the mark of innovation, Dynasty RTD continues its legacy as the one pre-workout built to help you conquer any challenge.

Grab a bottle of C4® Dynasty RTD, and harness the power of explosive energy before you try shattering your next PR. †

†These statements have not been evaluated by the Food and Drug Administration. This product is not intended to diagnose, treat, cure, or prevent any disease.

Read More
nutrition
Is Dynasty the Most Powerful Pre-Workout RTD of all time?

Read More
nutrition
Cognizin® Citicoline 101: Everything You Need to Know

Read More
nutrition
3 Reasons to Use a Meal Prep Service

Read More
nutrition
Creatine Nitrate 101: Everything You Need to Know